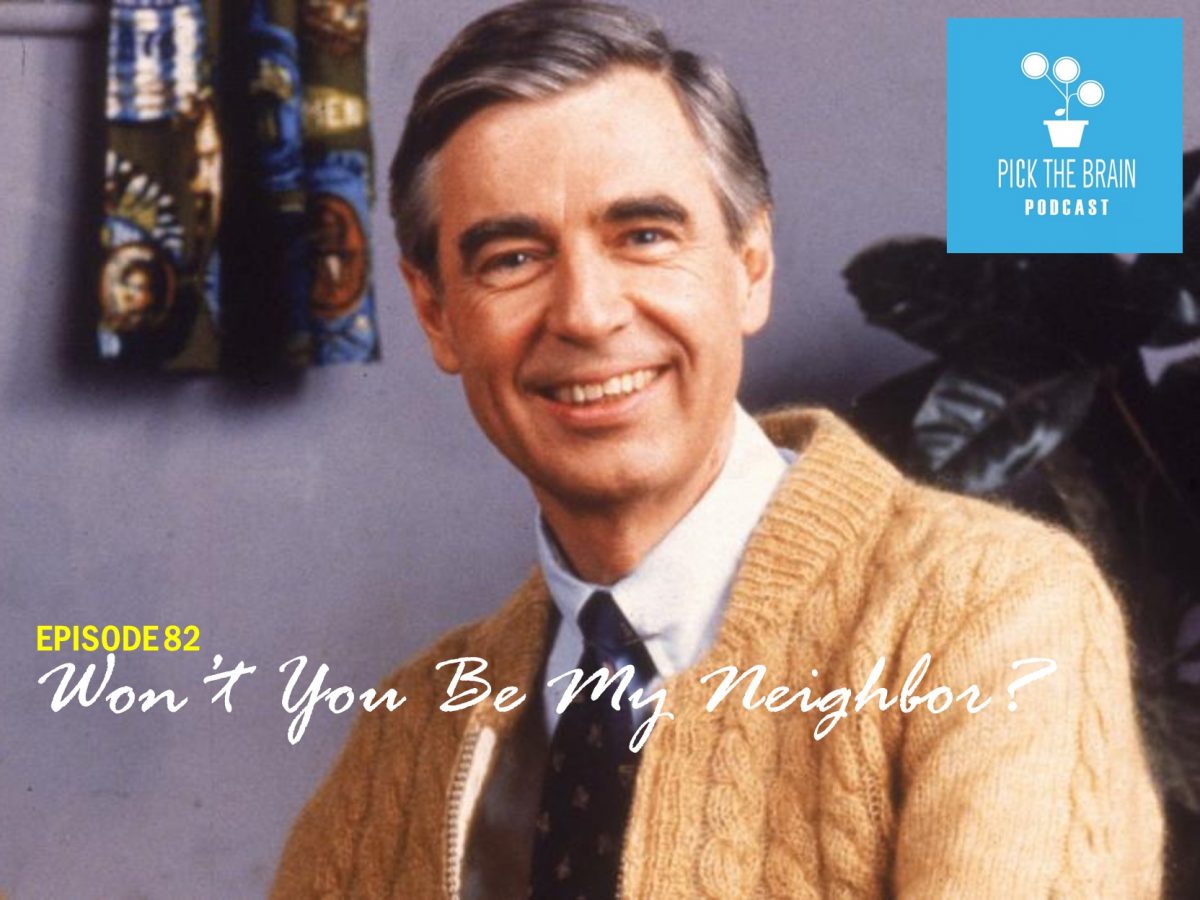 If you were a child in the late 60’s through early 2000’s you probably had some familiarity with Fred Rogers, AKA Mr. Rogers, host of the very popular children’s show Mr. Rogers Neighborhood. In this episode Erin and Jeremy will be talking about the impact of Mr. Rogers and discussing the commencement address he made where he reminds us that our differences are smaller than we think.

Erin Falconer is the editor in chief and co-owner of Pick the Brain, one of the most popular and trusted self-improvement communities on the web. Pick the Brain has been named in over 100 “Best of the Web” lists, and Refinery29 named Erin one of the Top 10 Women Changing the Digital Landscape for Good. Erin is also the co-founder of LEAFtv, a video lifestyle brand for millennials, and is the author of How to Get Sh*t Done, a productivity book for women. She has had a varied career that includes screenwriter stand-up comedian, political consultant, and is now proudly, heavily invested in the online blogging world. She lives in Los Angeles.

Jeremy Fisher is the co-host and producer of the Pick the Brain Podcast. Jeremy lives with his wife in the peaceful mountains of Western North Carolina and has a background in various industries including online business, real estate, and information technology. Early in Jeremy’s life he discovered the importance of learning from the wisdom of others which he attributes to his thirst for growth and personal development. His belief that ‘what you accomplish matters far less than who you become’ has been a guiding principle that fuels his passion to share his experiences in self-improvement, health, and productivity with the Pick the Brain community.